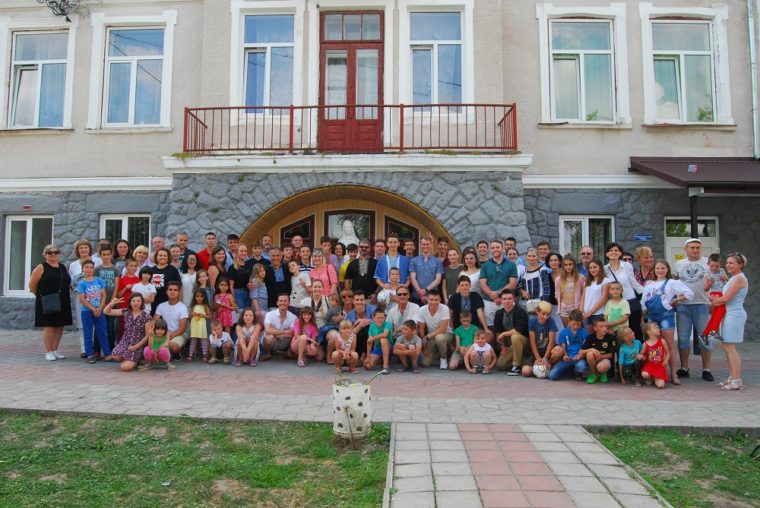 The Ukrainian Youth Association (Cпілка Української Молоді) is a voluntary, non-profit youth organization that exists in Ukraine, Argentina, Belgium, Canada, Estonia, France, Great Britain, Germany and the United States.  It was founded in 1917 by Mykola Pavlushkov, who was devoted to waging war against the 1917 October Russian Revolution.  CYM (Ukrainian American Youth Association or UAYA) is a vital entity in the life of Ukrainian-American communities for nearly 70 years.  Among the objectives of the UAYA is to offer Ukrainian youth opportunities for social interpersonal contact, mutual support; and, to stimulate their spiritual, intellectual, social, cultural, educational and physical development.  Each of the 28 branches in the United States and those in other countries, have guided Ukrainian youth toward becoming knowledgeable and active members of their Ukrainian and local communities.

Sports participation is one of the greatest resources available for instilling valuable emotional and physical life skills in youth.  Any quality youth sports program is a positive reflection on the entire community and something that everyone can be proud of.  Soccer is a sport which is quite prevalent in Ukrainian communities.

In July 2019, a group of teenage soccer players representing Chicago (IL), Clifton (NJ), Detroit (MI), Jersey City (NJ), New York City (NY), Passaic (NJ), Whippany (NJ), Yonkers (NY) and StariyKuty (Ukraine) with their parents and families traveled to Ukraine for a 2nd soccer tour.  This tour was aptly named “Ukraine Heritage Soccer Tour” (Hа Крилах Дружниx Змагань).  The mission of the tour was to share our Ukrainian heritage and culture, while fostering friendships through soccer.  The players were of Ukrainian descent and members of the UAYA: Holowka (Lukas), Lawro (Lukian), Lawro (Oleksa), Maksymiw (Nathaniel), Maksymiw (Gabriel), Marynevych (Daniel), Marynevych (Mark), Schur (Mark), Semenko (Ruslan), Soroka (John), Tabatchouk (Markian), Tomaszewsky (Lukian), Tsukalyak (Wasyl), Wernyj (Lukian) and Zachary (Luka).  For most of the boys, it was their first trip to Ukraine.  They had the opportunity to experience and strengthen our Ukrainian heritage and culture while making new friendships through competitive soccer matches against local clubs and schools in Ukraine. Our travel group was composed 44 people.

During the tour, in Kyiv, our players and their families took the opportunity to tour the Cathedral of St Sophia, the Holodomor Museum, the Museum of Folk Architecture and Life in Ukraine and the Klitschko Brothers Museum, to name just a few.  Also scheduled were professionally-guided tours of Kyiv, Irpin, Lviv, Ivano-Frankivsk and Chernivtsi. In Lviv we were hosted by MolodaLemkivshchyna for a tour of historic Lviv.

In keeping with the organizational mission of interpersonal contact and mutual support, the team had the honor of visiting a military rehabilitation hospital for injured ATO soldiers from the current war with Russia in eastern Ukraine.  The team presented gifts for the patients – a framed prayer poster and small tokens of our appreciation.  The boys also had an opportunity to speak to some of the injured soldiers after they recounted how they were injured.  This was particularly emotional for the boys who really grasped at what it means to fight for freedom!

As in 2017, the team visited the Caritas Children’s Sanatorium in Berezhanny, for whom we had purchased an outdoor playground.  The group was present for the blessing of the playground and spent an interactive afternoon with the children.  This was yet another experience that the boys will not soon forget.  They witnessed and realized unexpected reactions from the orphans, and understood how interaction and personal contact provides for positive social and cultural life skills.  The experience of making new friends will offer many reflective moments for our boys!

The team and families were hosted by Ukraine’s National Olympic Committee, the Football Federation of Ukraine and Ukraine’s Deputy Minister of Youth and Sports for a press conference along with representation from the US Embassy to Ukraine prior to the game in Kyiv.  After the press conference and exchanging of gifts, individual team members had the opportunity to take photographs with the u20 World Cup trophy that Ukraine won in June of this year.  This generated much excitement.   During the press conference we emphasized “…that, sports can bridge the physical distance between Ukraine and Diaspora and is most instrumental in stimulating most individual needs within the cultural, educational, social, spiritual and physical parameters of individual development .”

Our team competed in five games in Ukraine, winning four games.  Our first game was a 1:4 loss against the Irpin team.  After Irpin, we moved onto wins in Kyiv against Kyiv’s Podil FC 2:0.  Next stop was Lviv, where we played in Arena Lviv and won against the Karpaty Academy team 4:1.  The fourth game was 3:1 win against the sports school team in Bohorodchany and the fifth game was super-exciting with a win in penalty kicks against the Ivanno Frankivsk Sports School.

The coaches included Taras Jaworsky, Michael Maksymiw and Michael A. Tomaszewsky (Manager and Organizer of the Tour)

We built a fantastic and strong team!  We are extremely proud of the boys!

Building friendships and maintaining our heritage! 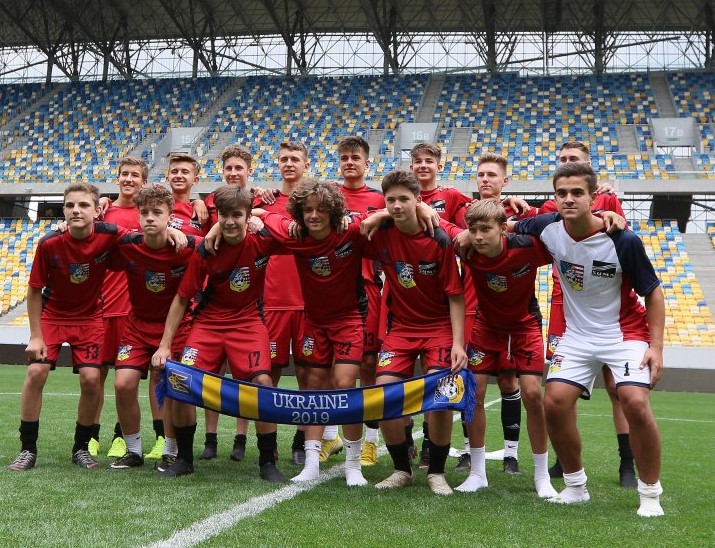 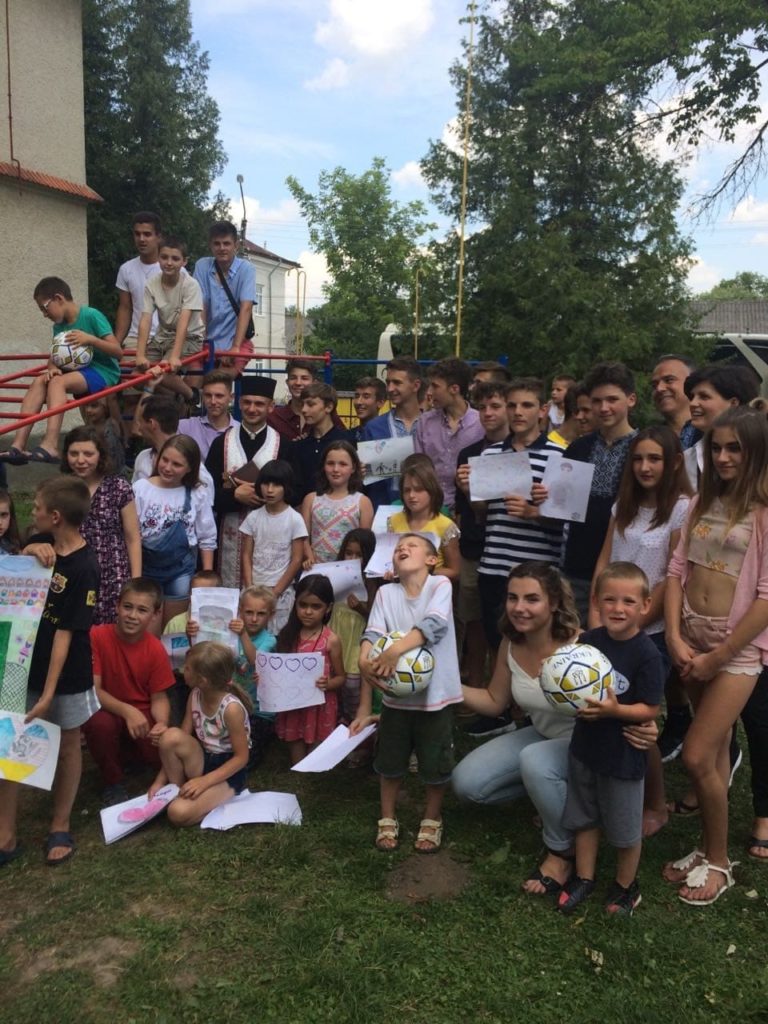 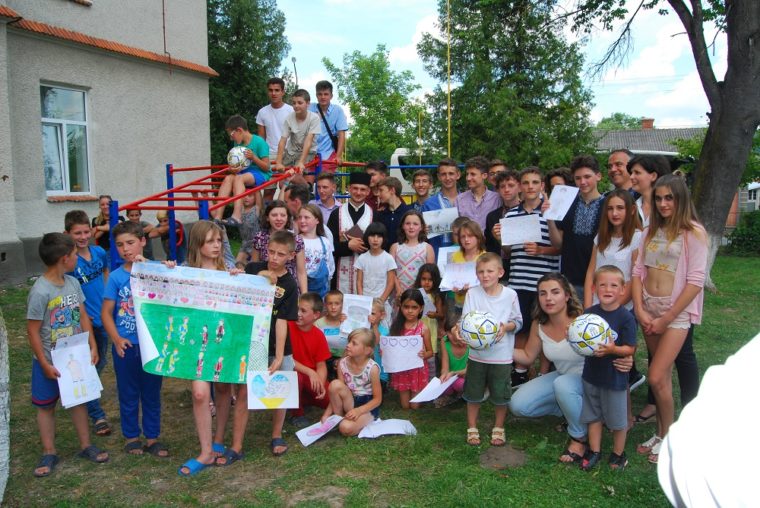 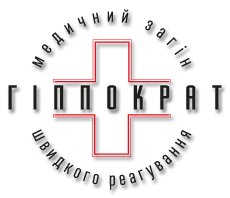